Anyone watching the gruelling women’s Australian Open tennis match between Britain’s Johanna Konta and Russia’s Ekaterina Makarova today would have been enthralled by the pure grit displayed by both women before Konta finally won through after the third set decider and 3 hours and 4 minutes on court.

It was fantastic to see the British girl advance into the quarter-finals, the first to do so since Jo Durie in 1983. Konta joins Andy Murray as the first two Brits to make the Australian Open quarter-finals since 1977.

While it’s always a cause for celebration when ‘our own’ make it through to the top level in any sport, my interest with Jo Konta is in her relatively new-found mental approach. A year ago, Konta was relatively unknown but since last summer anyone interested in tennis has heard of her. Not only has she had the foresight to use a mind coach, Juan Coto, and reaped the positive impact on her game, but she has also had the willingness to share this information and the benefits the mental training has had on her game. And that’s good news.

While more sportsmen and women are slowly beginning to understand the necessity of having the right mind-set in competition, those that do are generally unwilling to discuss it openly. But Konta has broken the mold, happily discussing her mindful present moment approach, resilience and mental toughness, and I think it’s very important that the media have given it massive publicity. Why? Because it’s given credibility to the use of a mind coach in sport.

Some people quote the mental side of sport at around 70% but many sports psychologists see it potentially as high as 85%. As Coto says, talent and ability play a huge part; if you can hardly hit a tennis ball due to poor hand-eye coordination, it’s extremely unlikely you’re going to make a grand slam winner but with mind coaching, you can certainly improve from any starting point.

As motor racing has been my chosen sport for over 40 years, I have spent the last 16 years predominantly coaching racing drivers – and more latterly boxers, swimmers and other sports people – in the art of using more of the mind. I’ve worked with young karters from the age of 9 and 10 right up to the gentlemen drivers, some well past their first flush of youth, who race in championship GT series. The gentlemen drivers tend to be successful businessmen and can readily understand the correlation between using the mind in business and in car racing and they find it relatively easy. Likewise, youngsters are more open to understanding how to use the mind as they have less accumulated negative programming or conditioning in their unconscious minds and simply accept the information as true. Those that find it harder are people who analyse too much.

The key to all mind coaching is understanding how the mind works and particularly the relationship between the conscious and the unconscious mind. As psychologist Carl Jung said: “Until you make the unconscious conscious, it will direct your life and you will call it fate.”

If people in general, had this basic understanding, their lives might improve significantly, but for sportsmen, it provides the vital edge because it’s all about taking control of what is in the unconscious mind. This is where my psychotherapeutic approach can be particularly useful in sorting out the negative thoughts and teaching the person through relaxation techniques to let go of them and instead learn to focus on what they want to achieve; a little like the good gardener who waters the flowers (good thoughts) and pulls up the weeds (negative thoughts). I also teach breathing and visualisation techniques to keep the mind focused during times of pressure. The mind cannot do two things at once so if a person focuses on their breathing, it takes their mind off the looming competition and reduces nerves, while keeping the mind clear.

Of course, learning these mind techniques takes time and repetition to learn and thereby form the new neural pathways in the brain. Therefore sustained practice in controlling thoughts is a must, and is as important as the physical training and diet that any top athlete must adhere to. 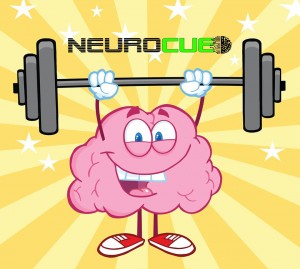 I use the analogy of taking the mind to the mental gym to train the mental muscle, and those people that put the information into daily use, with present moment awareness, visualisation and relaxation to quieten the conscious mind, will undoubtedly stack the odds in their favour and see results.

Ninja Avocado
As a holistic health practitioner with the understanding that mind, body and spirit are inextricably interlinked, one company I’m delighted to recommend is Ninja Avocado. Check it out now...
Testimonials
I had the most uplifting experience of my life! Having Linda as my therapist was a
great pleasure; I was at a very low point in my life and had lost the real me. I’m now
standing tall and confident and very reassured within myself. Linda brought out the
real me that had been hidden with fear for so long. Many thanks to a wonderful lady.