The racing season is all but finished but on Saturday, November 30th at Brands Hatch and Saturday, December 7th at Mondello Park in Ireland, Linda Keen will be running other motorsport events, her unique Motorsport Mind Mastery Seminars, which have helped several drivers this year race their way to success.

Several drivers from Ireland took part in the event in January and two in particular, who are also happy to talk about their experiences, pulled in the results with the help of mind coaching.

Kevin O’Hara had won the 2012 Dunlop Motorsport Ireland Young Driver of the Year and his award was a year racing in Formula Ford 1600. There were high hopes for the talented Donadea-based 23-year old and if Kevin himself hadn’t considered learning to use more of his mind, it’s probably true to say that his participation in the seminar may have been largely due to his elder brother, John.

Now Deputy Managing Director of successful race team, KC Motor Group Ltd in the Philipines, John had taken part in a mind coaching seminar with Linda 12 years previously when he was racing in Formula Ireland, and he subsequently went on to win the championship as well as the Leinster Trophy.

For Kevin however, having taken part in the January course, the start of the 2013 season didn’t exactly go according to plan for him, and issues with his Van Diemen let him down on a few occasions. However, when the car was going well, it was a no-brainer that Kevin was going to be on the podium and when he won the coveted Martin Donnelly Trophy at Kirkistown no one was surprised.

Kevin’s other major accolade was at Silverstone for the Walter Hayes Trophy earlier this month and having won his semi-final amidst daunting opposition, it looked as if he had the final in the bag. After a red flag and a restart, gear linkage gremlins intervened and he dropped down through the field to 13th before driving like a man possessed to finish an incredible third behind Scott Malvern and Oliver White.

Kevin is pretty reserved and some would say that being an introvert is a useful quality for a racing driver! O’Hara exhibits a coolness seldom seen in a driver.  He commented recently: “I have found the Motorsport Mind Mastery course to be a huge benefit this year! For sure I would recommend it to any sportsperson looking to improve their overall performance. I will most definitely be continuing with it into the future!”

Jennifer Mullan had issues around negative thinking and lack of confidence in her racing but having completed the course, won the scholarship class in Formula Sheane this year; no mean feat for the Sallins lady. 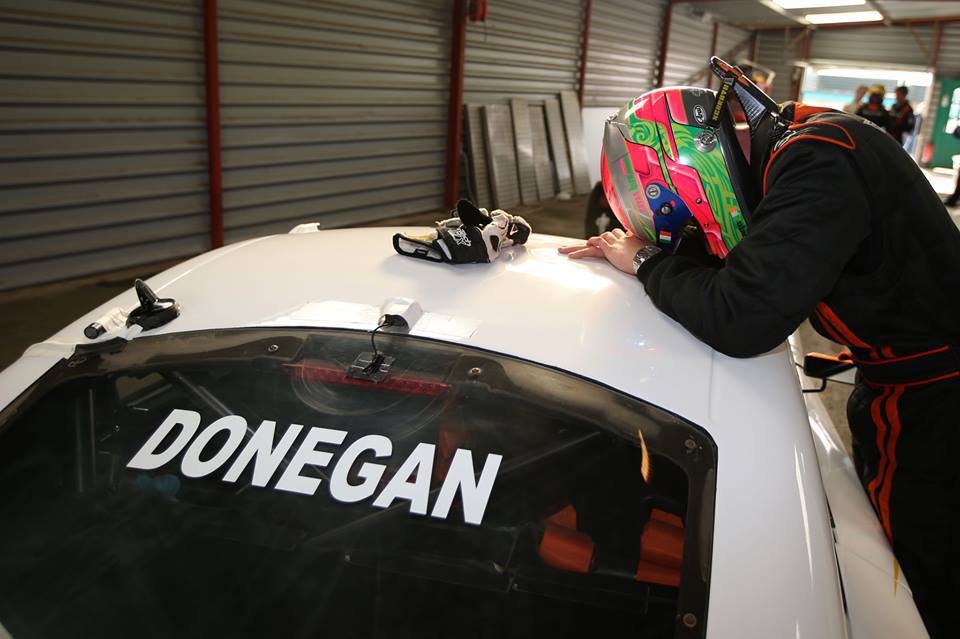 One of the youngest drivers on the course was 16-year old Keith Donegan (although he was 15 at the time). The Navan teenager was about to enter his second year racing in Ginetta Juniors UK, where the competition was Fierce, with a capital F! He’d finished 10th in 2012 so it was imperative he upped his game this year.

Keith displayed a huge capacity for undivided attention and was therefore very easy to work with. One aspect of the course that the drivers love is the range of mind-set exercises which enable them to understand the power of the unconscious mind and Keith became a master of this and it certainly became his party trick! He was able to demonstrate his ability to become an ‘iron bar’ admirably in front of the current crop of Formula Ford GB drivers at Brands Hatch in October!

Donegan improved throughout the year, winning four races, took many podiums and finished a resounding second in the championship. So what does Keith – who moves up to the Ginetta Cup series in 2014 with Wayne Douglas Motorsport – think about the Motorsport Mind Mastery course? “For everyone thinking or considering taking part in these seminars, let me just tell you of my experience with Linda. When I went to the seminar in January this year I really had no clue what it was about. I was going into my second season in Ginetta Juniors UK having only finished 10th in the championship the previous year and I was looking for any way possible to move up the grid.

“I was very open-minded to everything and when Linda showed me the power of my mind it really got me hooked. I started practicing what I’d been taught and the results started coming way easier and I finished second in the championship with four wins and 12 podiums thanks to Linda’s great work.

“For any racing driver who wants to wants to improve their overall performance and who is serious about their racing I would strongly recommend attending Linda’s courses. Not only are they a fraction of the cost of a test day but they have been a huge benefit to me this year and I will be definitely continuing my work with Linda next year.”

Other drivers who have benefited from Linda’s mind coaching are Ginetta G55 driver, Tor McIroy, who claimed: “I just wanted to share my experience with Linda. She is truly fantastic, she knows exactly how to switch your brain from thinker to driver. At Brands Hatch this year, she talked me out of a serious post-crash slump, a single chat later and I was ready for racing. I then fought tooth and nail, harder than I had all weekend. Linda has successfully helped me move up the grid, from the mid-pack to fighting well within the top 5 over the course of this year. As this was my first full season ever behind a wheel, I can put all of that progress down to Linda’s help.” 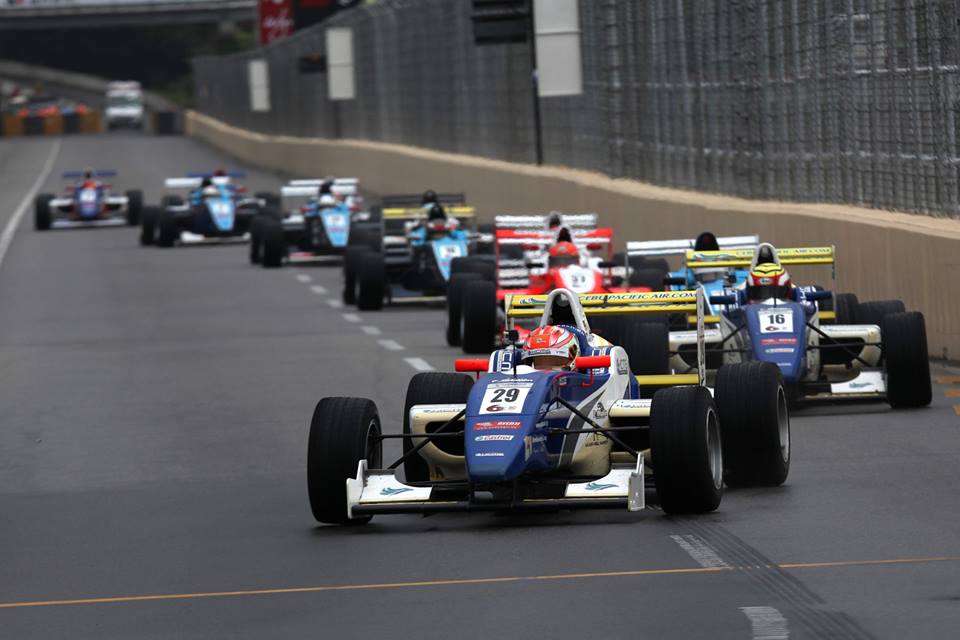 Akash Nandy raced his way to victory in Macau recently.

Dynamic teenager, Akash Nandy, the Malaysian 16-year old protégé managed by Irishman John O’Hara, had his first full season in single-seater racing with KCMG. As well as finishing third in the Formula Masters China series with three victories and numerous podiums, the youngster made history by not only being the youngest driver ever to win a race – along with Gary Thompson – in an LMP2 car in the Asian Le Mans series, he then went on to set another record by being the youngest driver to ever win in Macau last weekend. Based in Malaysia, mind coaching with Akash was conducted over Skype all year, which made his outstanding achievements even more stunning!

Both courses in the UK and Ireland run from 10.00 to 16.00 and full details (and booking) are available on Courses. There’s also a Facebook page, Motorsport Mind Mastery Seminars https://www.facebook.com/events/230085897156266/?fref=ts

Places are limited at Mondello Park and must be booked (and deposit paid) by Monday, December 2nd.

Ninja Avocado
As a holistic health practitioner with the understanding that mind, body and spirit are inextricably interlinked, one company I’m delighted to recommend is Ninja Avocado. Check it out now...
Testimonials
I had the most uplifting experience of my life! Having Linda as my therapist was a
great pleasure; I was at a very low point in my life and had lost the real me. I’m now
standing tall and confident and very reassured within myself. Linda brought out the
real me that had been hidden with fear for so long. Many thanks to a wonderful lady.